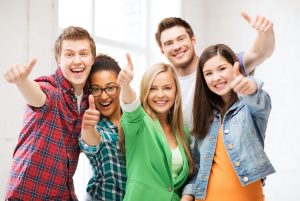 This article was first published on Executive Grapevine, with the permission to feature on Talent in Logistics site.

Whilst the media furore around the social and economic habits of the Millennial generation rages on, a new generation of workers have quietly penetrated the workplace. This cohort is known as Generation Z.

According to ZeroCater, the demographic that spans from 1997 to the early 2010s make up an average of 25% of the western population and may well have a drastically different outlook on the workplace.

Gen Z’s professional outlook is reported to be far more pragmatic than their predecessors; this is due to their upbringing throughout an economic recession. Whilst Millennials are known for spending lavishly on experiences, Gen Z are far more concerned about financial stability and saving their cash.

Whilst the Millennial generation grew up with the early development of smart mobile technology and the social media boom, Gen Z was equipped from a young age to interact with cutting-edge technology from both a recreational and educational perspective.

A massive 98% of Gen Z own a smartphone, whilst 92% have a significant digital footprint and 50% claim to spend up to ten hours a day connected to the internet.

Technology has revolutionised the professional world and whilst the relevance of corporate communication services such as Slack are growing exponentially, coming of age as digital natives have prompted a key preferential shift amongst Generation Z to physical interactions.

72% of polled individuals claimed to prefer a face-to-face meetings over a digital conversation and whilst start-up culture booms in other generations, 80% of Gen Z want to work for a mid-to-large sized company.

In terms of key values, Generation Z is massively invested in race and gender equality. 72% agree that racial equality is the most important issue they face today, whilst 36% state that they expect their employer to consider equality as the most crucial concern in the workplace.

The two key workplace expectations of Gen Z are an empowering working culture and the potential for clear paths to career growth. Despite their technological fluency, Generation Z claims that the two most important skills that it can bring to the workplace are communication and problem solving.

As the number of Gen Z’s in the professional field grows, the demographic’s influence and impact on the workplace grows with it; will the generation be a revolutionary step forward for the UK’s industries? Only time will tell.