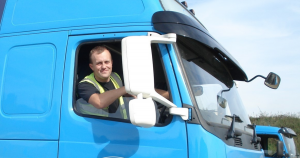 Driver Require has just released its latest Report – a comprehensive investigation into “A Perfect Storm of Elevated Demand and Reduced Supply in the UK Haulage Sector in 2021”, which has brought together a panel of haulage sector experts to validate its workings and conclusions through a series of workshops, named the Think Tank.

With representatives from the REC, Logistics UK, Think Logistics, Road to Logistics, haulage and distribution operators including grocery suppliers, a statistics expert, a national fleet hire supplier and an established HGV driver training school, the Think Tank has concluded that haulage activity has recently returned to pre-pandemic levels, and there is demand for approximately 300,000 HGV drivers, and that this is likely to increase throughout the remainder of 2021. It also anticipates that further pressure will come from HGV drivers taking vacation over the school summer holiday period.

Driver Require has been tracking the UK’s HGV driver shortage issue for a number of years prior to the Coronavirus outbreak and then more closely as we progressed through the pandemic. Our findings show that, prior to the COVID-19 Pandemic, the haulage sector was already suffering from a chronic low-level shortage of HGV drivers that became severe in times of rapid uplift in requirements or during seasonal peak demand. Previously, the sector had relied heavily on EU HGV drivers to avoid a supply crisis in the event of a rapid increase in demand. 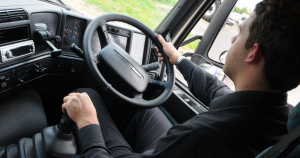 Driver Require’s Report concludes that the impact of the Pandemic on HGV driver supply is that the “most likely” shortage scenario is a 22,000 (7%) drop, rising to a worst case drop of 30,000 (10%). This drop in supply was caused by:

The conclusion of this analysis is that the “most likely” impending deficit position will be a shortage of 22,000 HGV drivers, which could increase to as many as 50,000 if supply worsens and demand exceeds expectations.

The Government’s points-based immigration rules effectively prevent EU drivers coming to the UK to offset this deficit, leading the Think Tank to conclude that this could be the first time in 20 years that the UK is likely to experience a true HGV driver shortage, along with potentially serious consequences for the UK’s economic recovery.

The Report’s author, Driver Require’s CEO, Kieran Smith says “As a temporary recruiter, we are at the coalface of the impending, predicted crisis but it will be our clients and ultimately businesses and consumers who rely on the movement of goods across the UK who will pay the greatest price. We believe that, as a sector, we have a responsibility to take action and alert the wider community to the possibility of a driver shortage crisis. We need to raise the profile of this issue, dispel common perceptions and provide industry key influencers and decision-makers the opportunity to act to secure the UK’s economic recovery.”

The report proposes actions to mitigate against the impact of this impending HGV driver supply crisis. It specifically looks at:

Smith states, “Our Report acknowledges that most of these actions will have limited effect in the short-term. Nevertheless, it reinforces that these initiatives should be progressed as quickly as possible if they are to have any chance of mitigating the medium to longer-term impact of the shortage crisis. In the interim, competition over a depleted available HGV driver workforce will force up driver pay rates, initially in the agency market and eventually across the permanent driver pool.”

Smith, quoted last week in the Financial Times, said that “analysis of data from the Office for National Statistics showed a “catastrophic decline” over the past 20 years in the number of qualified HGV drivers staying in an industry where nearly a third of the 300,000 drivers are over 55 and heading for retirement. “We’ve got this cohort of 150,000 drivers over 50 heading into retirement and behind that group is a severely depleted workforce. There’s not a great deal we can do in the short term except brace ourselves for impact,”.