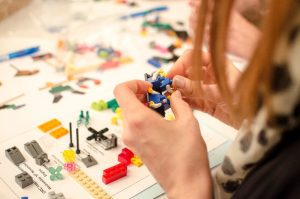 Richard Gold, Founder of Bulbb and Certified Facilitator of LEGO® SERIOUS PLAY®(LSP), asks whether is it time to embrace a new role for playful approaches in driving effective collaboration?

Increasing collaboration is rightly high on the agenda of many logistics organisations in the volatile, uncertain and ambiguous environment in which we do business. Whether it is growing supply chain complexity, digital transformation or the development and launch of new products, the need for everyone along the value chain to reach collective understanding and contribute fully is paramount.

New forms of cross-silo collaboration both within organisations and between them are becoming key to solving our biggest problems when taking consideration of overall customer experience, new business models or even rapidly growing sustainability priorities. This kind of work often feels hard, messy and frustrating. Despite bringing together the best brains in the room, progress can often feel slow. Teams move at the pace of the slowest which can result in a damaging degree of missed potential.

There are good reasons for this. When going into a new situation, our brains are wired to scan for threat, which leads us to be naturally, often subconsciously, defensive and less able to activate an exploratory, learning mindset. People are consulted for their expertise so are often keener for their thoughts to be right than to listen and combine with others. This means that, typically, a small number of people dominate discussions and much of the potential in the room never makes it onto the table.

As a result, an increasing number of companies of all sizes and across all sectors are turning to a new facilitated group-working technique to address this problem. At the heart of it is one of the world’s most successful children’s toys. 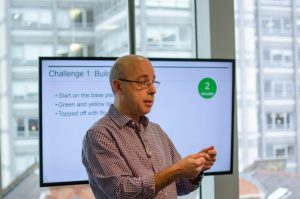 Rethinking the value of “play”

LEGO® SERIOUS PLAY® is an innovative method for thinking, communicating and problem solving that is being used widely in a range of applications including strategy development, team development, change management, innovation and unsticking big projects.

With the words “LEGO” and “play” in the title, you would be forgiven for thinking that this might be another potential frivolous activity, like putting table football and beanbags in the office or falling-off-a-ladder-on-top-of-a-mountain bonding exercises. Those activities do have their place but they tend to be about building trust and morale separate from the actual work, whereas LSP brings the benefits of play into the actual work itself, supercharging a team’s most important interactions.

The method was conceived by LEGO itself in the late 1990s for use in its own strategy process, which it felt was lacking in imagination. The first workshops had a big impact on the company’s successful strategy switch and their architect Robert Rasmussen spent much of the noughties developing a detailed methodology.

The power of the method is partly in the LEGO itself. Our brains love to make patterns and the combinations of LEGO bricks is endless, making it easy to “think with our hands” to create new connections in our minds, but mostly in the method for using it.

Building a vision and sharing it

In a typical strategic workshop, participants will progressively build their models around a table, offering a physical and metaphorical representation through which they can articulate and agree their vision of the enterprise or project. They will also present a shared understanding of the capabilities they have to deliver it; the landscape of factors that may help or hinder them and the critical linkages within the model (see picture for an example).

They will then use the model to play out scenarios of events that could happen in the future and practise making decisions together about how they would respond and how the response would affect the elements of the model. Often a workshop will end with developing (with LEGO) some simple guiding principles for making decisions.

You can think about this as analogous to the military “sand table method” where terrain models are used to devise and play out scenario based battleplans. LSP workshops involve building a shared physical sand table of ideas and then playing out what may happen.

The power of this approach in helping teams solve difficult collaborative problems is that it accelerates three things that are vital when trying to do fundamentally new things that will impact organisations, people and the way they work together.

Firstly, it aids system-level thinking as teams see the whole challenge laid out as a system and the impact that an event in one part will have on others. Secondly, it develops an emergent approach to strategy as participants practise playing out their responses to unpredictable events, so that they are more likely to be quick, adaptive and directional when things inevitably do happen.

And thirdly, it accelerates psychological safety both during and after the workshop through a combination of “thinking with one’s hands” and depersonalising ideas through the models. 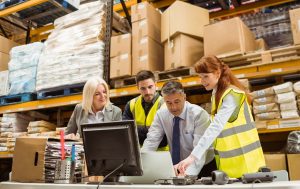 As an example of how LSP accelerates systems thinking, in a key business unit of one of the biggest corporates in the UK, a group of 12 very senior managers had been tasked to develop rapidly a new sustainable business model in the face of an imminent and existential threat to a major part of its business.

The group had been having long meandering discussions with little to show for them as they struggled to come up with ideas they could agree on and write down. The project owners were frustrated and stuck under the weight of the pressure.

Yet in the hours following the workshop, a wall was quickly filled up with more than 200 ideas, grouped into themes that were resonant with the landscape they had built. It became clear that, although participants were some of the company’s most senior people, none of them had previously taken a whole picture perspective at a system-level or possessed the shared language to talk meaningfully about it.

It is not just in-house collaboration that benefits. At the start of a major construction project worth hundreds of millions of pounds, a kick-off meeting brought together several large contractor companies with the client. Most of the people in the room had not previously met one another. Typically, this would have been a tense, cagey meeting, however participants very quickly opened up with each other; they were honest, sometimes brutally, about the challenges that were likely to come up, with lots of frowning but also much laughter. According to the project director, “it was like magic. 30 minutes into the session, we were talking and laughing like we’d been working together all our lives…”.

Purposeful play is not the opposite of work (that is, in fact, leisure), but a vital, indeed serious, input to productive, inventive collaboration.