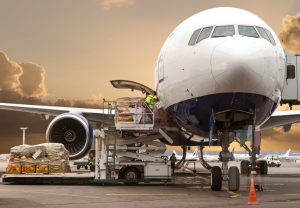 The aviation sector severely lacks gender diversity across many roles. However, collective commitments from industry to address this are taking flight.

“We cannot be here in a year’s time with nothing fundamentally changed.” This was the challenge presented by Christopher Luxon, the former Chief Executive of Air New Zealand, at the inaugural Diversity and Inclusion Awards at the International Air Transport Association’s (IATA) Annual General Meeting in June 2019. From manufacturing uncertainties such as those surrounding the Boeing 737 Max to sustainability pressures from governments and environmentally minded consumers, the aviation sector faces a plethora of challenges. Global air freight markets look to be slowing. Data from October 2019 shows demand is down by 3.5 per cent on the previous year and could decrease further as other sectors stall amidst global economic cooling. Further to this, aviation must overcome a range of internal challenges, including the lack of diversity in its workforce. 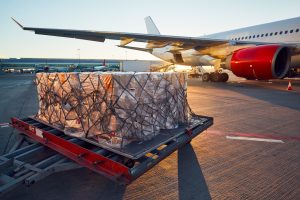 According to the IATA, only five per cent of pilots and three per cent of CEOs in the aviation industry are women. This lack of gender diversity at the top, and throughout the sector, is the motivation behind the launch of the 25by2025 campaign. “We started to assess what the IATA could practically do to bring the industry together to drive improved diversity, particularly in the most underrepresented areas such as senior leaders, pilots and maintenance,” said IATA Director of Learning and Development Jane Hoskisson.

Committing to the cause

The campaign has now received the commitment of 59 airlines, representing 30 per cent of all passenger traffic globally, that will seek to reach these goals by the year 2025. The majority of the signatories are from Europe with others from Asia-Pacific, the Americas and Africa and the Middle East also making commitments. “Airlines understand the value that a diverse and gender-balanced workforce delivers,” said Mr de Juniac. However, this is not reflected within the industry’s current workforce balance.

43 of the signatories have gone through the due diligence process and the other 16 are in the process of doing so, confirmed Ms Hoskisson. “In many cases, the airlines are leveraging initiatives that are already in place to redress the gender balance,” she added. This momentum gives confidence to the number of employers hoping to make the diversity transformation in a short space of time. However, there are still barriers to overcome.

Educators and employers alike must do more to encourage women to enrol in STEM (science, technology, engineering and maths) subjects, which are broadly male dominated. “There are also some enduring perceptions regarding the roles that men and women do within the industry,” said Jane Hoskisson. “We often still hear that men are in the cockpit and women in the cabin.” In order to combat this thinking, employers need to do more to promote female role models in these careers and ensure there is the right support in place. “Finally, when we do have women in the industry, we have to ensure we are offering them longer-term opportunities for growth,” she added. 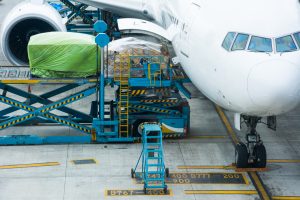 Engagement can be boosted in the sector in three core areas: firstly, through early education where more must be done to introduce aviation to girls through schooling; secondly, at the point of entry to the workplace, by ensuring that aviation jobs are presented in an attractive way to women in much the same way they are to men; and thirdly, by ensuring that the aviation sector as a whole offers a range of options for women wishing to pursue their careers without having to leave the industry. “Every airline has a role to play in each of those career transitions and, at the IATA, we want to ensure we work collectively to build a broader talent base for the industry,” added Ms Hoskisson. It is for the industry to ensure that shared learning and best practice are spread and these practices are adopted as the new norm.

In addition to commitments made by the industry, the IATA has also promised to increase the representation of women in senior management positions to 25 per cent (from 19 per cent currently), increase the proportion of women appointed to governance roles and high-level panels and create a forum for sharing best practice across the industry. While encouraging women to enter and stay in the sector is the most important challenge to be overcome, addressing the gender balance in reverse is also important. Iceland Air, for example, has set a target to encourage more men to take up cabin crew roles.

The next phase of the campaign will focus on collecting data on the key areas that will be shared at the IATA’s upcoming AGM in June 2020. “Our work will not be done by 2025, in fact, this is only the beginning. Our ultimate aim is, of course, for a 50-50 gender split with equal opportunities for everyone in every part of our industry,” said an ambitious Mr de Juniac. Time will tell if this campaign has the momentum to take flight.