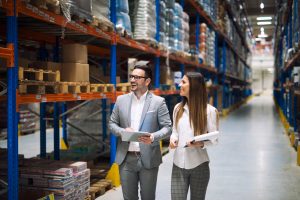 The term “menopausal woman” can conjure up some very unflattering images. But behind the caricatures and stereotypes lie real women and a genuine issue that must be addressed within the workplace, says Deborah Garlick, Founder at Henpicked.

Why address menopause? Any number of reasons and statistics could be quoted. The UK has an ageing population with around one in three people in our workforce over the age of 50. Despite the logistics sector being male dominated, women represent about half of those currently in work across the country and menopausal women are the fastest-growing demographic. This is an issue for all companies to address. 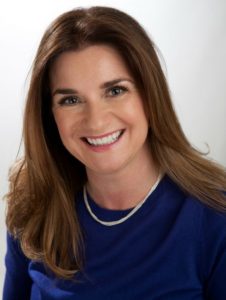 For employers who already find it hard to get the right candidate to fill available vacancies, it is about to get tougher. Fewer school leavers are entering employment and research tells us that one in four women considers leaving work during the menopause transition. In response to this, leading organisations in logistics are driving retention strategies to reduce the effects of the shrinking talent pool and high costs of replacing leavers.

While it is not written in law to have a menopause policy, the Equality Act 2010 covers menopause under three of its protected characteristics: age, sex and disability discrimination. Employment lawyers are seeing greater numbers of discrimination cases due to menopause, with potentially big pay-outs, and more being settled “on the steps” to avoid the reputational risk to their brand.

On a positive note, employers leading the way on menopause awareness, education and support are seeing great results. Regardless of it being the right thing to do for colleagues and the business, employing a proactive and progressive approach to menopause is better for the financial bottom line.

Implications for the workplace

The menopause is a natural phase in every woman’s life when hormonal balances change. The average age for this to happen is 51, however, it can be sooner or later. While some sail through menopause, three in four women suffer disruptive symptoms, and one in four experiences serious symptoms. The average time taken to go through the menopause is seven and a half years, a significant period of a woman’s career. In the biggest ever survey on menopause at work, women told Henpicked that the most common symptoms that had negatively affected their work included fatigue, hot flushes, difficulty focusing or concentrating, anxiety, worry and insomnia.

It is actually quite straightforward to introduce support into your workplace. The first thing to do is make menopause an open and transparent subject, not the off-limits, taboo topic it often is. Awareness and training events can help educate all colleagues about what going through the menopause means, what the symptoms are and how they affect women. Employers should encourage all colleagues to talk to their line managers if they need support and, in turn, give line managers the right training to have these, sometimes sensitive but always confidential, conversations.

Simple workplace adjustments can make all the difference to women suffering from the symptoms of menopause. These range from offering a desk fan for extra ventilation to staff who require it, through to looking at temporary changes to working hours to better align with individual needs. Some women don’t require these adjustments, but often appreciate their employer understanding their needs. It is crucial for employers to be aware that every woman’s experience of the menopause is different and the symptoms can vary over time.

Having a workplace that is supportive of women going through the menopause is particularly challenging for the male-dominated logistics sector. However, with the right training of male line managers and colleagues, and the right offering of adjustments, women shouldn’t have to feel isolated in their workplace. 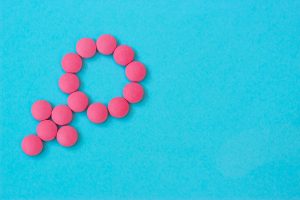 So often we hear about “women’s issues” as though this adequately sums up all problems relating to women. Not only is this disrespectful, the reality is that everyone needs to know about the menopause.

While it is women who experience the symptoms first-hand, all colleagues have a duty to understand how the symptoms might manifest in the workplace and how they might support colleagues accordingly. From my own experiences of including the menopause as a topic in workplace training, men are eager to learn more about how they can support their colleagues, family members and friends. In the workplace, the attitude of openness must come from the top-down and extend companywide, encompassing all colleagues.

We have seen some major progress over a short time. Three years ago, we couldn’t find a single organisation with a menopause policy or support network. However, we are now seeing high-profile organisations such as HSBC UK, Sainsbury’s, ATOS, NHS Trusts, leading universities and many others making supporting menopausal women a priority. Supporting menopause at work makes sound commercial sense, as well as fulfilling the responsibilities of looking after employee wellbeing.

While some employers may simply want to avoid tribunals, most believe bringing menopause awareness and support into their companies is simply the right thing to do and the best way to achieve better wellbeing for staff. For too long now, women have suffered in silence. It’s time to get the menopause conversation started.