Boris Johnson has backed proposals for an ‘apprenticeship guarantee’ aimed at ensuring young people have access to vocational training. The prime minister’s comments come amid urgent calls for the government to tackle unemployment in the wake of COVID-19. 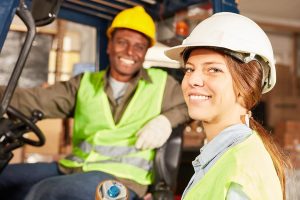 Johnson gave support for the proposals in a letter to the chair of the Commons Liaison Committee, stating, ‘Apprenticeships will play a vital role in the economic recovery, ensuring that employers and people of all backgrounds develop the skills they need to succeed.’ The letter went on to make a commitment to supporting small businesses that want to take apprentices this year.

The idea was originally suggested by chair of the education select committee, Robert Halfon. According to Halfon, such a guarantee could ‘close the skills divide and help those from disadvantaged backgrounds’. The guarantee would be backed using funds raised through the apprenticeship levy introduced in 2017, used in a ‘very strategic way’.

The levy was cause for controversy earlier this year when Education Secretary Gavin Williamson criticised employers for misusing levy funds. Williamson’s comments came amid allegations funds were being used to subsidise higher education courses for senior management, and that the scheme had given rise to ‘fake apprenticeships’ designed to tap funding.

Mr. Halfon said that the levy should be ‘used primarily on apprenticeships to 16 to 24-year-olds and to tackle disadvantage.’

With youth unemployment doubling in recent months, according to the ONS, the need to ensure the younger generation are targeted in any government response to reopening the economy has been underscored by the Association of Employment and Learning Providers, AELP.

According to Mark Dawe, AELP chief executive, ‘The government needs to roll out its response urgently. The majority of need can be met through existing employment and skills programmes, but it requires the right level of funding and the funding getting to the most appropriate providers around the country.’

‘AELP has called for a £8.6bn skills package split between young people and adults including a wage subsidy to encourage employers to make more apprenticeship opportunities available for young people aged 16 to 24.’

Dawe stressed that failure to implement such measures ‘would still be a significant cost to the Treasury and the economy with mass youth unemployment.’

Speaking to the TES, Mr. Halfon stressed that alongside financial subsidy, there is a need for other forms of support. ‘Businesses are very wary about taking on apprentices because of the bureaucracy involved. The Australian system, for example, does all of that for the businesses and that reduces the bureaucracy. That would be a very good model for consideration. You create financial incentives, but also a bureaucratic incentive.’

Moves to bolster apprenticeships come at a significant moment for the UK logistics industry, with a deepening driver drought and increased pressure on the network due to COVID-19. Apprenticeships have for some time been promoted as a means to alleviate the drought, although this depends on apprenticeship levy funds being used proactively, and for the appropriate purpose.

MD of Moody Logistics, Caroline Moody, recently named as a finalist in the 2020 Amazon everywoman in Transport & Logistics Awards, had this to say regarding the apprenticeship levy in 2019: ‘The scheme allows haulage companies to provide an apprentice with much greater insight into the logistics industry as they work within the business whilst being trained in the core driving skills.’