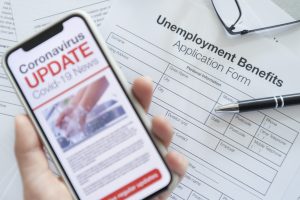 The pending discontinuation of the furlough scheme will push unemployment as high as 10%, according to a report by the National Institute of Economic and Social Research (NIESR). Government plans to phase the scheme out by October have been labelled ‘premature’.

NIESR Deputy Director Gary Young praised the furlough scheme, saying it ‘has been an undeniable success in terms of keeping furloughed employees attached to their jobs’, but warned that ‘the planned closure of the furlough seems to be a mistake, motivated by an understandable desire to limit spending.’

The scheme, which covers 80% of employee wages plus National Insurance and pension contributions, was originally intended to last until the end of July 2020, though this was later extended to the end of October.

The report’s authors emphasised that ‘the economic outlook is extremely uncertain’ in an accompanying press release, identifying effective policy as the crucial component in mitigating damage to the economy. That damage is estimated to include a GDP drop of 10%, with the economy not predicted to recover to pre-Covid levels for another three years.

Even that might not be the end of the road to economic recovery. Of particular concern is the danger that unemployment levels will remain high even after the economy has bounced back. The report warns that unemployment ‘could stay above its current level in the coming years due to economic scarring and hysteresis’.

The term hysteresis describes a ratchet effect whereby short-term changes to the labour market become difficult to reverse. According to this hypothesis, a combination of factors may conspire to keep unemployment up, including the demotivating effect of unemployment on workers, and the rate at which skills are lost or become obsolete. The tendency for companies to use employment history as a filter in hiring decisions may increase the demand for those who were lucky enough to keep their jobs—allowing them to lobby or compete effectively for higher salaries—while simultaneously deepening the challenge for unemployed workers.

In light of the risk of hysteresis, the report’s authors have suggested extending the scheme until June 2021, ‘could protect around a million jobs later this year at relatively small cost and with lasting economic benefits.’ The Covid crisis itself may offer a means to finance such an extension. The public sector borrowing necessary to fund this extension could effectively be financed by ‘higher private sector saving’. According to Young, ‘people are saving more because they can’t spend and indirectly that’s financing the government spending.’

As for the long-term remedy for rising unemployment, the logistics sector may have a key role to play. With Hermes creating 10,500 jobs and Amazon 15,000 amid a surge in online shopping, demand for couriers and warehouse pickers remains strong. Other sectors looking to hire include food retail, domestic cleaning, and IT, with skills in web development, online security and software engineering supporting many firms’ responses to the crisis. Whether these jobs remain permanent or demand wanes with the quickening of the economy remains to be seen.