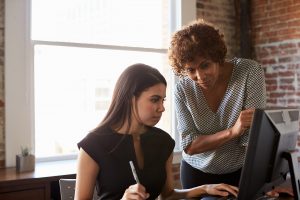 The Government began rolling out its Kickstart job placement scheme this week, in an effort to create jobs for young people at risk of long-term unemployment. The scheme offers funding to employers covering ‘100% of the relevant National Minimum Wage for 25 hours a week, the associated employer National Insurance contributions [and] employer minimum automatic enrolment contributions’ according to the GOV.org website.

Young people have been particularly affected by the economic crisis surrounding COVID-19, and with hundreds of thousands of new graduates set to join the workforce, the pressure to provide viable work opportunities is increasing. According to Chancellor Rishi Sunak, ‘This isn’t just about kickstarting our country’s economy – it is an opportunity to kickstart the careers of thousands of young people who could otherwise be left behind as a result of the pandemic.’

The scheme allows companies to create a minimum of 30 new jobs. Smaller firms can group together to reach 30. According to Gillian Keegan, Minister for Apprenticeships and Skills, ‘In addition to the wages subsidy, ‘employers can sign up to receive £2,000 for each new apprentice they take on aged under 25 and £1,500 for those aged 25 and over. This offer will help more employers large and small to invest in the skilled workforce they need to help them recover and grow.’

While Kickstart has been met with a degree of optimism in many quarters, there has already been criticism from those who doubt the efficacy of the scheme. In a Financial Times opinion piece, investor Ibrahim Khan raises the possibility that young people attracted into Kickstart scheme roles will be interns in all but name, essentially cheap labour to be exploited without benefit to their future employability. Khan points out that for many, the scheme is unlikely to meet their needs or expectations; ‘The careers they want to build are also unlikely to be in the low-skilled, minimum-wage roles that the scheme mostly covers.’

Taking the reverse perspective, if those the scheme targets see it more as a lifeline to cling onto until the storm clears than as a genuine opportunity, that has ramifications for Logistics firms setting up roles in a good faith attempt to attract young people to the industry.

But this is not an incitement to cynicism. Rather, in an industry already facing challenges in recruiting youth and diversity, this may be an opportunity to make good. An influx of candidates to the recruitment pool who might otherwise have been attracted elsewhere could offer Logistics firms a chance to demonstrate that the sector is an attractive target for the keen and ambitious—if those firms can prove to scheme users that their skills development and career progression targets can be met.

Considering the rate at which the sector is having to evolve, that ought to be perfectly feasible, but making the case to potential candidates—and more importantly, those who are on the scheme, once they arrive—will require a degree of thought and commitment on the behalf of employers. Certainly, the kind of cynicism Khan warns of will not benefit recruits. Whether, in the long run, Kickstart will be provide the boost adoptees need remains in their hands.