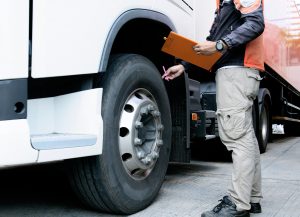 With only a couple of months to go before Direct Vision Standard (DVS) comes into effect in Central London, Emily Hardy, a road safety expert at Brigade Electronics UK and one of the consultants on the new regulations, discusses how fleet managers can ensure they are fully prepared for the new legislation.

As October approaches, fleet managers will be turning their attention to the implementation of the first stage of Direct Vision Standard, when permits become available from the beginning of the month.

DVS, which was passed by Transport for London (TfL) earlier this year after a consultation process with road safety charities, companies and manufacturers, will apply to HGVs weighing more than 12 tonnes Gross Vehicle Weighting and that enter or operate in Greater London. It is hoped that through implementation of this safety initiative, deaths and serious injuries from road collisions will be dramatically reduced on London’s streets by 2041.

Fleet operators might be wondering what this means for them, and what they need to do to ensure their vehicles comply with the new standard. Vehicle manufacturers will issue a star rating in accordance with the DVS System – a series of approved technical protocols, which will be applied to HGVs to make an objective assessment of visibility from the driver’s position. 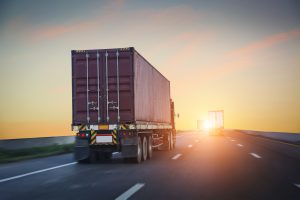 Initially, it will be the fleet operator’s responsibility to apply for the necessary permit by confirming their vehicles’ star ratings with the vehicle manufacturers. Fleet operators will need to contact vehicle manufacturers to confirm these ratings. If a vehicle is rated one or above, it will automatically be eligible for a permit. However, operators of vehicles that automatically qualify for a permit will still be encouraged to review and enhance their vehicles’ safety features.

In the event a vehicle has a zero-star visibility rating, or has no rating, it will need to meet the requirements of the Safe System – a series of vehicle safety measures designed to improve visibility and reduce the risk of collisions with vulnerable road users. If vehicles do not meet this standard, they will be banned by TfL.

Upgrading the fleet Many employers faced by this impending regulation change will have already taken action. If vehicles meet the requirements for one star, a permit will be granted automatically. However, for those employers who have not already taken appropriate action, or who have vehicles that do not meet the standard, there are a number of steps that can be taken to ensure vehicle safety by applying for the Safe System. The Safe System is a specification similar to Fleet Operator Recognition Scheme (FORS) Silver and Construction Logistics and Community Safety (CLOCS) standards that require devices to be fitted for indirect vision.

To improve vehicle safety, drivers can fit class V and VI cameras or mirrors, 360-degree cameras, reversing alarms and left turn alarms can be added to HGVs, as well as close proximity sensors, driver alerts and underside protection, to help protect other road users. In addition, driver training or retraining can have a massive benefit in ensuring staff are adhering to the latest practices.

To help simplify the process for fleet operators, Brigade Electronics has produced an easy-to-follow guide covering the main points of DVS. It also outlines the equipment fleet operators will need to fit to zerorated vehicles to ensure they meet the Safe System standards. For vehicles rated as one star or above, it is recommended that fleet operators review vehicle safety systems and fit supplementary safety features as soon as possible.

Fleet operators should be aware that one and two star vehicles will need to comply with the Safe System standards by October 2024, when permits for these, and zero-rated vehicles, will expire. Permits for star ratings of three and above will be valid for ten years. All permits will be provided free of charge. Vehicles found to be in breach of the permit scheme will be issued with a penalty of up to £550.

For fleet managers and vehicle operators wanting to find out whether their vehicles meet the standards, they need to contact the HGV manufacturer.