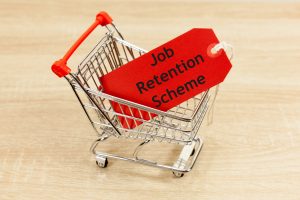 Remember 23rd March? It was the day that many businesses saw activity quickly come to a halt as the Government fought to contain the spread of Covid-19 through lockdown.

Soon enough in April, the Coronavirus Job Retention Scheme (CJRS) was put in place to provide stability and security for those who were unable to continue working, whether this was due to lack of workload or temporary business closure. Since then, according to statistics by HMRC, over 9 million jobs have been furloughed and more than £35 billion has been claimed through PAYE schemes.

What those figures don’t show is that women were significantly more likely to be furloughed. A study by Cambridge-INET Institute found that inequality in care responsibilities played a large role in this, as mothers were more likely than fathers to initiate furlough talks, as opposed to their employers raising the issue.

The study also found that not all employees were furloughed equally, with some employers topping up employee’s salaries beyond the 80% provided by the government, while others didn’t. For those that weren’t put on furlough, many continued to work as they found they could still carry out their roles from the comfort of their own homes, putting in almost as many working hours as back in February 2020.

So, as the Coronavirus Job Retention Scheme comes to an end in a few months’ time, many workers are still unsure of what lies ahead for their position.

Chancellor, Rishi Sunak, said recently, “Our Coronavirus Job Retention Scheme has protected millions of jobs and businesses across the UK during the outbreak – and I’ve been clear that I want to avoid a cliff edge and get people back to work in a measured way.”

However, some of the country’s biggest businesses are defying this push by the government, with many businesses opting to continue to work remotely or delaying a partial return until September 2020 at the earliest. Some companies such as Google and NatWest are instead allowing their staff to work from home until 2021, showing a somewhat more permanent sign of a shift in the working culture.

With talks of a second wave of the virus looming, the government’s initial plans for a ‘significant normality’ by Christmas may be up in the air for now.

Coronavirus has not only heavily impacted the economy and working lives, but also shifted opinions on what is safe. For example, day-to-day activities such as bowling, going to the cinema or sitting next to a colleague in the office – where you wouldn’t have necessarily questioned safety and would have been a normality – now feel anything but ‘normal’.

It could be a very long time before people truly feel comfortable getting back to their routines of just earlier this year and begs the question of whether the working world will ever be the same again?