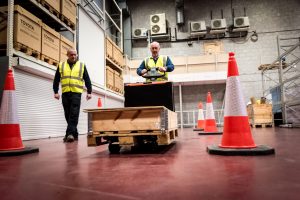 Since it was established in 2012, the Accrediting Bodies Association for Workplace Transport (ABA) has sought to reduce accidents in the workplace through defining materials handling equipment (MHE) operator training testing standards.

In a move that could dramatically reduce the number of workplace incidents involving this type of equipment, the ABA has introduced the latest testing procedure for operators completing training on a wide range of rider and non-rider pallet trucks for stacking and non-stacking operations.

The new ABA test — which covers ABA truck categories A1, A2, A3, A4, A5, A6 and A7 — will be the required standard from 1 December 2019. Any tests that are not conducted to the new standard after this date will be invalid.

Adam Smith, Chair of the ABA, said the introduction of the new Basic Operating Skills Test “will play a vital role in ensuring adequate training is provided on this type of equipment, a Provision and Use of Work Equipment Regulations (PUWER) 1998 requirement that is all too often overlooked.” 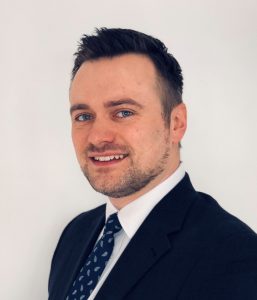 Managing risks in the workplace

The market for powered pedestrian trucks is the fastest growing part of the materials handling sector. Many businesses recognise these machines as cost-effective alternatives to more expensive reach and counterbalance trucks. Others see trading up from hand pallet trucks to powered models as a way of increasing productivity and reducing manual handling injuries, including sprains and repetitive strain injuries (RSIs).

Unfortunately, this growth hasn’t been mirrored by a corresponding increase in awareness of the risks posed by this type of equipment and the need for appropriate training.

Even a cursory search of the internet will reveal tragic incidents that have occurred with this type of equipment. In Cheltenham, an agency worker suffered a traumatic brain injury and facial fractures when using a pallet truck to move beer kegs. An investigation by the Health & Safety Executive (HSE) found that the worker had no previous experience using this type of truck, and the company had not provided training. The employer was fined £60,000 and suffered untold damage to its reputation. In their report, the HSE inspector confirmed that: “If appropriate training had been provided, the lifechanging injures sustained by the worker could have been prevented.”

But it isn’t just smaller businesses that fail to provide adequate training. A leading supermarket chain was fined £1 million after a delivery driver operating an electric pallet truck at one of its stores sustained fractures to all the toes on his left foot, requiring two to be amputated. Here, too, a lack of structured training was identified as a contributing factor.

Standardisation is a crucial aspect of the ABA’s role. Uniformity of testing standards is an essential element in the association’s aim to reduce workplace transport incidents and improve productivity  and profitability. Uniform testing requires ABA members to employ the same testing standards. Until the formation of the ABA, each accrediting body set its own testing procedure which meant there was no consistency.

The ABA has worked closely with lift truck manufacturers, trade unions and employers to ensure a more robust test methodology which is, at the same time, more relevant to the modern working environment.

As a result, the practical test now targets habitual bad practice, meaning candidates who repeat the same safety-related fault will fail the test’s practical element and require further training. In addition, more serious failings now carry a higher penalty, making it easier to accrue the number of points necessary to fail the test.

Changes have also been made to the theory test. Under the new test standard, five of the questions relating to safety-critical issues are now mandatory and therefore must be answered correctly in order to pass the test. Initially introduced for counterbalance and reach trucks, the new test standard played a vital part in addressing concerns that operator testing was too easy.

Keen to continue its efforts to standardise operator testing, the ABA is already working to develop new standards for the testing of the following ABA equipment groupings; sideloaders (C), order pickers (E), VNA equipment (F) and rough terrain trucks (J). With a summit planned for October 2019, the ABA is keen to draw feedback from the industry as a whole in its efforts to develop these national standards.