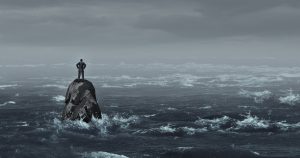 Daniel Male, Editor of Talent and Logistics Journal asks whether choppy economic waters will stifle progress for the logistics sector?

We live in an era of economic uncertainty. In 2019, global GDP rose by around 2.2 per cent, the slowest since the financial crisis of 2008. Projections from the Economist Intelligence Unit (EIU) estimate this will increase marginally in 2020 with growth of 2.4 per cent. The primary reason for this is slowing growth across the eurozone and the US is driven predominantly by Sino-American trade tensions which the International Monetary Fund (IMF) estimates could reduce global GDP by 0.8 per cent over the year. Depending on the outcome of Brexit negotiations, Britain may experience an exaggerated impact of this slowdown. The ripples, as well as a slump in manufacturing output, will impact many in the logistics sector.

So, what does all this mean for logistics? Increased economic protectionism has already resulted in some companies rethinking their supply chains to reduce the impact of tariffs. This is particularly applicable to American companies hit hardest by tariffs on Chinese imports in 2019. Across the Atlantic, manufacturing output in Germany has slowed significantly, with exports dropping by 2.3 per cent in November. Due to these trade disputes, German output is expected to have expanded by a measly 0.5 per cent in November.

In addition, Brexit uncertainties over the past few years have threatened to create major delays to freight flow, particularly across the channel. In November, reported GDP decreased by 0.3 per cent impacting most industries. However, following a December general election, Britain has entered the decade with a Conservative Government sporting an 80-seat majority, allowing it to push on with Prime Minister Boris Johnson’s Brexit deal as well a broader policy agenda.

The logistics sector contributes £124 billion gross added value to the UK economy, making it one of the anchor sectors within Britain. However, the industry has a lot to lose from a bad break with the continent. From workforce challenges to import tariffs and complicated bureaucracy on freight flow, the importance of ensuring a positive relationship with the EU cannot be overstated. 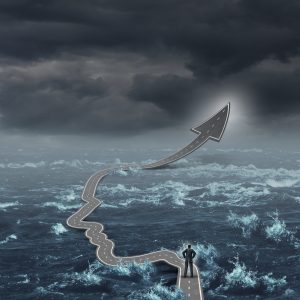 In aviation there are worries about the financial and economic sustainability of certain airlines. But despite this the International Air Transport Association (IATA) reported a year-on-year capacity increase of 2.8 per cent for Europe and 3.1 per cent in North America, with growth also seen in every other region. However, decreases in demand across most regions from the previous year highlighted a slight slowdown in aviation freight flow.

Meanwhile, a continued shortage of Heavy Goods Vehicle (HGV) drivers in the UK and worldwide has starved the sector of desperately needed talent. It is welcome news, perhaps, that the pass rate for practical tests in the UK reached its ten-year peak in March 2019, with 58.3 per cent. Also, while gender diversity remains an issue, the number of women taking the test increased to 8.6 per cent in 2018/19 with a stronger pass rate than their male peers. The average age of this portion of the workforce is 48.2 years, with many getting closer to retirement age. As such, the increase in drivers passing this test is a relief for the sector.

Assessing the workforce more broadly, the most recent data from the UK Labour Force Survey for June 2019 showed the highest ever recorded employment for women (72 per cent) and a slight increase for men to 80.3 per cent. In September 2019, the survey showed 1.8 million people were employed in transport and storage, a 3.5 per cent increase in the same period in 2018. However, the sector continues to be male dominated and ethnic diversity remains low. In Q1 2019, the FTA reported 43,000 vacancies in the wider transport and storage industry, with growing demand for transport and distribution managers.

Clearly, there is much work to be done. The number of logistics apprenticeship starts fell significantly in both England and Scotland but increased in Wales by a fifth over the past year. The Apprenticeship Levy is in vast need of reform to ensure that employers use it effectively to match the needs of the sector. Industry is not absolved of all responsibility and must do more to recruit. But this is only part of the story. There is work to do increase training rates within logistics. The FTA anticipates that half (53 per cent) of employees in the logistics sector will require re-skilling and upskilling.

The jury is still out on impact that automation and Artificial Intelligence (AI) will have on global employment rates as these technologies develop. Automated supply chains will impact all aspects of logistics from warehousing to freight transfer. According to the FTA, 7.4 per cent of jobs are at ‘high-risk’ of being automated in England. However, a report by ManpowerGroup suggests that 87 per cent of employers plan to increase or maintain headcount as a result of automation. While the skills required to do these jobs are changing – replacing manual skills with analytical thinking and innovation, this is not expected to impact numbers.

In 2020, we could see major change. From increasingly digital supply chain management to further transparency of freight routes from source to destination. The sector will need to face up to its environmental impact, working to reduce the proportion of global emissions it accounts for (currently 11 per cent). New technologies will improve vehicle loading, haulage collaboration and fuel efficiencies. These changes will all impact the workforce but, as the next generation steps into the breach, the sector must adapt to continue to attract and develop them. There is land in sight, but the turbulent geo-economic seas are far from calm.