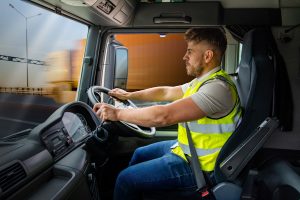 Recent research by Talent in Logistics has found that 88% of LGV drivers in the UK would be attracted to a role that offers income protection insurance, with 83% stating that critical illness cover would also be an attractive benefit.

Carried out in collaboration with iintegra-T and the RTITB Master Driver CPC Consortium, 130 current HGV drivers from the UK were surveyed in July 2021 to find out what benefits and incentives would encourage them to stay in their career.

“We have seen recently some employers offering big cash incentives to try and attract drivers to roles, but rarely are drivers asked if this is actually what appeals to them,” says Ruth Edwards, Operations Director for Talent in Logistics.  “This research set out to find ways that our industry can attract and retain existing drivers in the talent pool, and it all starts with listening to drivers.”

As well as being interested in income protection insurance and critical illness cover, the survey also found that 76% of drivers would be attracted to extra holiday for years of service. Plus, 73% would welcome higher pension contributions from their employer, indicating that drivers are seeking long term benefits, rather than immediate pay offs.

Warren Robins, Director of iintegra-T comments: “Income protection insurance is one of the most desired benefits for drivers and, providing it, is also a highly cost-effective way for employers to differentiate their offering. Not only with the financial security of sick pay that runs through to retirement age, but also increased recognition of the importance of the role that comes from offering such a prestigious benefit, particularly when combined with discounts and rewards schemes.”

In addition, almost 65% would be drawn to a role that offered flexitime.  However, other flexible working options such as job sharing, staggered hours, and annualised hours were among the least attractive benefits.  The feedback from many of the drivers surveyed also indicated that high expectations on overtime beyond contracted hours feels unfair compared to other industries. 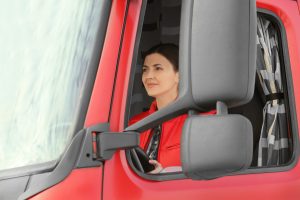 Other popular incentives and benefits highlighted in the survey were private healthcare (65%) and dental care (60%). Conversely, drivers are largely not interested in health and wellness programmes – just 15.5% said this would attract them a lot to a role.  Just 10% of drivers would be keen on a role that provides a gym membership.

“Many of the benefits that drivers are keen on are perhaps not what employers would expect,” says Ruth. “For instance, we also identified a key theme from our open-ended survey questions that many drivers would be incentivised by their management having more understanding and empathy.”

“Though not all transport managers and traffic planners will have worked as a driver to gain first-hand experience, perhaps they spend a day on the road with drivers to learn more about their everyday experiences and show drivers that they are being heard,” she continues.

Laura Nelson, Managing Director for the RTITB Master Driver CPC Consortium adds: “One of the most used words by drivers in this survey was ‘respect’. Therefore, rather than tangible or financial incentives, our industry should be looking at ways to ensure drivers are treated with more respect, by their companies, the general public, and other road users.  This will be key for retaining this valuable talent as we tackle a skills shortage.”

Detailed results of the driver engagement survey are revealed in a new white paper published by Talent in Logistics, titled ‘The Drivers for Drivers’.  This also offers more advice and recommendations on how to support drivers and encourage greater loyalty.

For more information, call the team on 01952 520216 or email info@talentinlogistics.co.uk