A SPOTLIGHT ON SUICIDE IN MALE-DOMINATED INDUSTRIES: TRANSPORT AND LOGISTICS 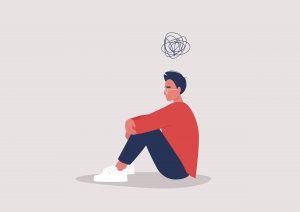 Wellbeing has become something of a touchstone issue for the business world in recent years. Yet, against the backdrop of increased awareness and discussion, statistics surrounding the worst outcomes of poor mental health have worsened. In 2019, the suicide rate for men in England and Wales was its highest for two decades—higher even than during the terrible years following the 2007 financial crisis.

Transport and Logistics is an industry particularly afflicted with poor wellbeing, being the sector with the highest rate of absenteeism and the second highest rate for workplace stress according to a 2017 study. Also in 2017, ONS revealed that the suicide rate in forklift truck drivers was 85% higher than the national average, with van and LGV drivers also experiencing higher rates.

Clearly, suicide is an issue the industry needs to address.

Going Beyond ‘Boys Will Be Boys’

Conversations on suicide in male-dominated industries often focus on the chilling effect traditional models of masculinity can have on conversations about wellbeing; we expect to see phrases like ‘a culture of silence’, ‘boys don’t cry’, or ‘toxic masculinity’. It is important to recognise the negative impact taboos around the sharing of emotion can have on mental health in male dominated workplaces. But the way we talk about male suicide can itself contribute to the issue, by conditioning us to see suicide in male-dominated industries solely as an unfortunate bi-product of male culture.

There are numerous reasons why this simplistic view is problematic. For starters, there’s a real danger of placing all the responsibility for the issue on the shoulders of those who are at risk, rather than recognising that the trends run wider than that. Evidence that mothers use emotional language more frequently with their daughters than their sons suggests that social conditioning starts young and isn’t simply bound to male-male interactions. Messages harmful to mental health can come from all around: they are not just confined to ‘the locker room’.

And then there is the fact that male-dominated industries skew towards high-demand, high-pressure, competitive roles which involve working long hours. These jobs are frequently isolating; in the case of construction, the cause may be the need to work away from home on site; in the case of LGV driving, it’s long days alone at the wheel, and long nights alone in hotels or at the roadside. Focusing solely on male-male interactions ignores the role business culture has in creating these conditions.

And finally, presenting the issue purely as a product of male-male interaction ignores the fact that the issue affects men and women; women who work in male-dominated industries are more likely to commit suicide than women who don’t. The conversation needs to recognise and include them. 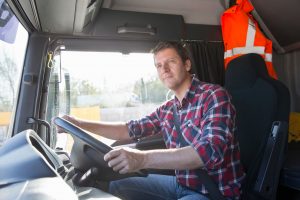 There are numerous organisations, charities and initiatives seeking to tackle the issues of wellbeing, male suicide and suicide in male dominated industries. These offer resources which can be used to improve workplace culture and tackle the issue head on.

One of the cornerstone strategies used is to open up the conversation, creating a culture where issues of mental health and wellbeing are discussed, and modelling what that can look like. Those working in male-dominated environments need to be empowered to discuss their mental and emotional health openly, and without stigma.

But really getting to grips with the issue is more involved than simply ‘having the talk’. The charity Mates in Mind, which works with transport and logistics companies to tackle suicide, takes a holistic approach with a raft of resources aimed at educating, informing, developing effective policy and assigning meaningful roles. The charity Mind offers training, resources aimed at helping employers develop their organisational approach to mental health, and guidance on how to implement Thriving at Work standards.

As with any facet of workplace culture, we need to do more than talk the talk to create a culture of openness with regards to wellbeing. Strategies need to be bedded in, and backed up with meaningful action and support. If this can be done, there is good reason to hope things can and will get better.

Organisations, charities and initiatives here to support you and your colleagues: