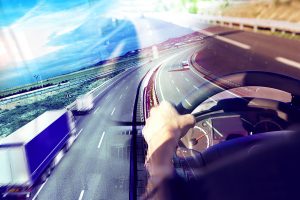 Road Haulage Association (RHA) has written a letter calling on Government to address the driver shortage amid evidence from ONS that transportation and storage is in crisis. The RHA letter cites the double blow of COVID and Brexit along with complications caused by IR35 in exacerbating the already difficult position of hauliers.

The letter decries ‘the long-term ineffectiveness of apprenticeships for lorry drivers and the general hostility from authorities and Government towards lorries and road transport in general’, while emphasising that ‘there is a need for tangible short-term urgent actions’ to confront the shortage.

The strong wording of the letter reflects the disturbing nature of statistics appearing in the ONS report. A staggering 9.6% of transportation and storage companies have now reportedly closed their doors permanently, with 15% temporarily shuttered. Even the accommodation and food service and arts, entertainment and recreation sectors, which many feared would bear the worst brunt of the COVID slump, have weathered the crisis far better. Although a great proportion of hospitality and arts businesses have seen a downturn in revenue, numbers going under have been significantly lower, with only 0.3% of arts businesses permanently closed. While the resilience of these businesses is impressive, the stark contrast to logistics firms shows how vulnerable the sector is to shocks.

Some voices in the sector have related the present difficulties directly to Brexit. While COVID appears to have contributed greatly to the downturn in other sectors of the economy, the problems presented by Brexit are of particular concern for hauliers, given that the sector is intimately affected by any issues with import/export. ONS’ report that ‘the proportions of businesses experiencing challenges in importing and exporting are broadly unchanged since January 2021’ is disheartening, since it underlines the ongoing nature of a problem that some feel should have been resolved already.

But along with the short-term difficulties presented by Brexit and COVID there are also longer-term issues which need to be faced.

The RHA letter takes pains to draw links between the two. Prime among the RHA letter’s recommendations for addressing the crisis is a rethinking of the way the administration values skills. RHA asserts, ‘Current Government policy in this area, to ban a skilled job from the Shortage Occupation List because of random and notional academic standards, is defective.’

The letter places such policy amid a wider context of dismissiveness and disrespect towards the essential work done by those in the sector. Whitehall is not alone in coming under fire for this; the letter also cites undervaluing by local authorities and hostility from the education sector towards apprenticeships as obstacles to resolving the crisis. Ultimately, a society-wide shift in the way undervalued essential workers seems to be on the agenda. The question is, will it happen?

RHA is asking you to do two very quick things.