Logistics is an essential part of the military, with members being trained to a high standard of driving and maintenance, equipping soldiers with a trade for life. This is why logistics and transport companies can find great benefits from recruiting army leavers, not only as a way of managing the current driver shortage but as a way of closing the current skills gap. By taking the driving skills learnt within the military, and honing them to a commercial environment, a wide range of possibilities are opened not only for the employer but for the employee themselves to step straight into a stable and respected career. 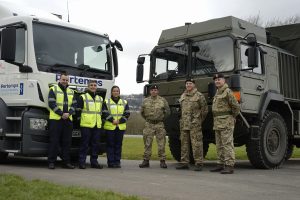 Pertemps has worked alongside the military, working with army reservists, service leavers and veterans to support their transition out of the military and into steady employment for a number of years. Here, Major Darren Knight talks us through his role at Pertemps and the successes they’ve seen through their close partnership with the military:

Tell us a little bit about yourself and how you got into this role at Pertemps:

“I was full time in the military for 24 years, completed my full service in the regular army from 16 years of age and joined the army reserves as a Captain following my retirement. I initially made contact with Pertemps through my role in employer engagement, which consisted of building relationships with companies that would support employees who wanted to be part of the Army Reserves and therefore needed more flexibility around working hours to fulfil this role.

“Through working closely with the military, Pertemps realised that service leavers offered a huge range of skills and potential that would be mutually beneficial, and so brought me on board full-time to assist with this innovative solution to the issues of a driver shortfall and lack of employment options for Service Leavers.”

How does the programme work?

“My background is in transport logistics, and while many members of the military are trained to have the correct vehicle licences for LGV driving, they lack experience both with articulated vehicles and in a commercial environment. This can often lead to difficulties in finding work when they leave the Armed Forces, because the processes of getting a Driver CPC or a digital tachograph card are just alien to them, which leaves them unequipped for the job itself.

“Our focus is to take the range of skills they’ve built up through their time in the military, including driving, and transfer them into a commercial environment. We would ideally work with candidates during their last two years of service to assess the level of training they may need. Pertemps has designed a course which meets the needs of driver negligence insurance and is recognised within the industry, meaning candidates are equipped to enter the logistics industry as comfortably and smoothly as possible.

“In addition to working closely with Career Transition Partnership (CTP), we work alongside a number of charities including, RFEA, Poppy Factory and Walking With Wounded. Working with service leavers and veterans to make sure they have any additional support that may be required to ensure they have the best chance at employment after service, as well as supporting them in their resettlement into civilian life.”

What benefits does the programme offer service leavers?

“The partnership between Pertemps and the military is in the first instance incredibly beneficial for the transport and logistics industry itself as, with some support, it provides the industry with capable and loyal employees with a huge range of skills and strong work ethic. The main thing however, is to develop the confidence of these Service Leavers, Veterans and Reservists which is a great strength at Pertemps, as we can offer training, support and mentoring, plus the employment at the end, so we’re a one-stop-shop.

“Speaking very generally, personnel from the forces do tend to struggle initially re-integrating into the civilian lifestyle coming from a very regimented existence, often being in the military from the age of 16 up to retirement at 40. Having specialised knowledge of this, Pertemps can tailor its training and support in a way that will get the most out of candidates and provide them with the strongest start to resettlement.

“For example, when undertaking courses within the military, every detail is very clearly communicated to the individual, where they need to be, when, what the course includes, etc. So when we send out training instructions we format them in the same way as the joining instructions, they are used to, as this is set out in a familiar way which tends to give the individual that bit of extra confidence.

“Often one of the things we find when working with Service Leavers, is that the resettlement process requires a lot of patience, which the industry isn’t always in a position to give. The programme we run, starting from before they’ve completed their military service, means that we have the time and knowledge to offer support for every individual, no matter what their needs.”

What successes have you seen so far?

“So far, our team has helped over 400 people get into employment after leaving the military in the past four years. However, for me it’s the individual stories of diversity and support that are the main success. One instance saw us working with a charity partner to resettle a service leaver back into work. He had high levels of PTSD, but after starting him as a Driver’s Mate accompanying a driver for just one hour a day, over a few months he learned to control his triggers, develop his confidence and is now driving solo full time – that’s the real life impact that this process has.

“I think it’s incredibly important that as an industry we work together to look after people and provide them with the time and support they may need in order to achieve success away from the military and contribute to the ever-growing logistics industry, and implementing teams like ours into businesses is an effective way of doing that.” 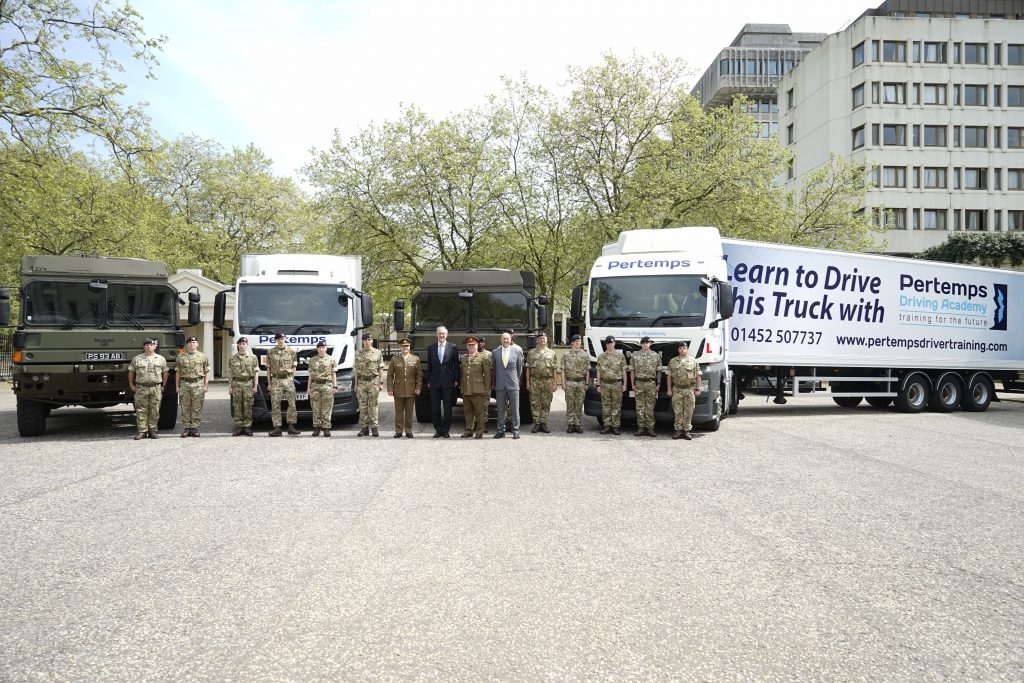 With over 55 years of experience, Pertemps is an independently family run recruitment business and one of the largest providers of staffing solutions for the logistics industry in the UK. Pertemps also delivers quality driver training services to enhance skill, behaviours and on-road safety at all levels to businesses nationwide.

Pertemps has had links with the military since 2014 through the Armed Forces Covenant – a pledge from businesses to support the wider military community. Through this link and an awareness of the need to seek out alternative recruitment avenues due to a workforce shortage, Pertemps employed Major Darren Knight as Forces Liaison Manager to work with army reservists, service leavers and veterans to support their transition out of the military and into steady employment. Pertemps was awarded the MoD’s Employer Recognition Scheme Gold Award in 2016.

For more information on the work Pertemps does, please visit: http://www.pertempsdrivertraining.co.uk.