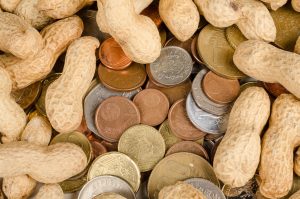 The rise in unemployment brought about by the COVID-19 crisis is predominantly affecting those in low income jobs, according to research published by the IES this week.

The study, which ‘sets out early findings on the impacts of the Covid-19 pandemic on low paid employees’, examines Labour Force Survey responses between February and April—at the peak of virus spread, but early in the economic wake of lockdown.

While figures showed no statistically significant change in the likelihood of high paid workers being in work, the employment rate for those in low paid positions dropped by 4% across the period, ‘equivalent to a fall in low paid dependent employment of approximately 140 thousand.’

The figures suggest that the Job Retention Scheme and Self-Employment Income Support have not been sufficient to protect the livelihoods of ‘a sizable group’ of low-income workers. Yet, those who have managed to keep their jobs may also find themselves in a precarious position. Both high- and low-income workers reported a reduction in working hours, but again, ‘those in lower paid work were almost twice as likely to have worked fewer hours due to being laid off or put on short time working.

The hospitality and retail industries, in which the highest concentration of low paid workers are employed, have been among the hardest hit by the crisis. But the study also points to the economic vulnerability of low paid workers, identifying ‘their often more precarious employment conditions’ as a factor in their present hardship.

These conditions include being substantially more likely to be in temporary employment, working part time, or on zero hours contracts. Low paid workers are also more likely to be underemployed, i.e. working fewer hours than desired, and are more than twice as likely to be the heads of single parent families.

The study comes less than a month after data from HMRC showed that the number of Jobcentre claimants had risen by 126% between the start of lockdown and June, with an IES press release at the time stating ‘unemployment has risen more in the last two months than it did in the first year of the Great Depression.’

One of the measures being proposed to help alleviate the crisis is the £2bn temporary job creation scheme revealed by Chancellor Rishi Sunak in his summer statement. The scheme targets young people aged 18-24, one of the demographics most likely to be out of work. This was one of a raft of measures laid out in the speech, including a temporary cut in the VAT rate for the hospitality industry.

With the logistics industry posting record low unemployment in recent years according to the FTA, the impact of COVID-19 is yet to be seen. But logistics companies already looking to apprenticeship schemes to address the driver shortage will, for a limited time, be able to claim £2,000 for each apprentice they take on (£1,500 for apprentices aged over 25). The increase in people looking for work in a competitive market may be an opportunity for logistics companies to exploit, to the benefit of all involved.