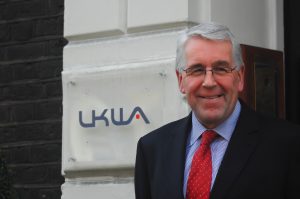 There is plenty of hard work ahead before we “get Brexit done”, writes Peter Ward, CEO of the UK Warehousing Association (UKWA).

It is hoped that the return of some political certainty following the Conservative Party’s overwhelming victory in last December’s general election will encourage much needed investment in the logistics sector. There have already been some welcome signs that the economic climate has been boosted by the result. Certainly, UKWA members that I have spoken to have expressed optimism that they, and the clients they serve, can move forward with a greater degree of confidence now much of the doubt surrounding Brexit is beginning to recede.

But while our exit from the EU will be confirmed by the end of January, everyone accepts that there is plenty of hard work ahead before we “get Brexit done”. The nature of Britain’s future relationship with the EU has yet to be defined and the Government’s pledge that the Brexit transition period will not be extended beyond December 2020 means that Mr Johnson and his team have until 31 December 2020 to prepare the UK for its new relationship with its European neighbour.

Many informed observers warn that, given the complex nature of trade agreements, the Government’s ability to reach a deal within the timeframe available has to be in doubt and so the risk of the UK’s leaving Europe on World Trade Organisation (WTO) terms remains a possibility.

As UKWA has consistently highlighted, a withdrawal to WTO terms would almost certainly result in significant supply chain disruption. For example, if the UK leaves the EU on WTO terms it is estimated that some 200 million extra customs declarations will be required. The subsequent implications of a no deal for the movement of goods through our ports are therefore obvious.

I know, from meetings I have attended with various government departments since the election, that there is real confidence a deal will be struck that avoids the WTO scenario. We must all hope this optimism is not misplaced.

The logistics industry will also be keeping a keen eye on how the Government will approach the issue of migrant workers entering the UK during the coming negotiations. In common with the construction, healthcare and hospitality sectors, the logistics and warehousing sector desperately needs access to low skilled, low cost labour. With low youth unemployment figures in the UK, we look to the EU to supplement our workforce and UKWA will continue to press the Government to ensure that this source of labour remains available to UK logistics operators after the UK has cut its ties with the EU. 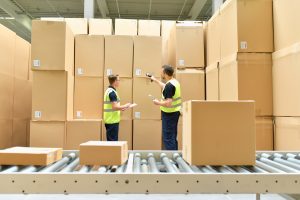 UKWA also remains committed to supporting the Government in shaping practical solutions to the issues that lie ahead. But no one should underestimate the scale of the task that remains before all of us. Clearly, Brexit planning should remain at the top of the agenda for all those companies who trade with the EU.

UKWA will continue to keep its members informed of legislative changes and the support provided by HMRC and other governmental departments. We will continue to work alongside government, offering insights from the frontline and providing a voice for our industry.

As online shopping continues to account for an ever-bigger chunk of retail spending, empty shop premises are now a common site on every UK high street. With cries that the internet is killing the high street growing louder, talk has turned again to a review and overhaul of business rates and the possibility of alternative levies on e-commerce operators.

UKWA has been aware of rumblings from Westminster for some time that the changing face of retailing and, in particular, the ongoing decline of the high street, is likely to prompt the Government to introduce new taxes on internet sales.

While there is clearly a need for some tax regimes to be realigned to societal changes in the digital age, as the lines between retail, online fulfilment and logistics become increasingly blurred, we must ensure that the logistics industry, in which many companies already operate on extremely thin margins, is not hit with a tax it cannot afford.

The UKWA is monitoring the situation closely and will, of course, argue robustly against the imposition of any new taxes that adversely impact the companies that operate within the logistics services sector.

An influential programme of insightful speakers will address these issues and other pressing concerns at UKWA’s 2020 National Conference, which takes place at the Hallmark Queen Hotel, Chester, on 3-4 March 2020.

With the theme “Next Generation Logistics”, the two-day event will deliver an excellent opportunity to hear thought leaders, learn about emerging technologies and network with other senior professionals from the 3PL community alongside leading logistics users within the UK’s manufacturing, retail, automotive and aviation sectors.