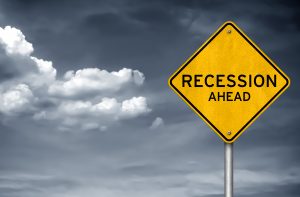 Coronavirus lockdown measures have pushed the country into its biggest economic decline since records began. ONS figures show that GDP fell by 20.4% in the second quarter. In comparison, the US experienced only a 10.6% fall over the same period, while during the worst period of the 2008 recession, GDP fell by less than 3%.

Monthly figures show that the easing of lockdown measures had caused the economy to recover somewhat in June, with a surprise 8.7% spurt in growth. Nevertheless, the government is predicting a far longer road to recovery, with Boris Johnson warning, ‘Some parts of the economy are undoubtedly showing great resilience but clearly there are going to be bumpy months ahead and a long, long way to go.’

Attempts to put a date on recovery vary. The Bank of England predicts that it will take until late 2021 for the economy to reach a pre-pandemic level of health. Other observers forecast an even longer slump.

In a July report aimed at assessing the impact of the recession on the logistics industry, the recruitment agency Driver Require predicted that the recession ‘will take the form of a quick decline, swiftly followed by a rapid partial recovery […] and then a prolonged “U-shaped” recession,’ which could take as long as 5 years to clear. Thus far, the prediction appears to be borne out by statistics.

In contrast to gloomy GDP figures, unemployment figures show little change, with the unemployment rate estimated at a stable 3.9% and the percentage of the UK population aged 16-64 in work until recently at the crest of a 20 year high. These appearances, however, are deceptive, with furlough artificially propping up the figures.

With furlough ending after October, unemployment may rise precipitously, with chancellor Rishi Sunak stating the government should not pretend that ‘absolutely everybody can and will be able to go back to the job they had.’

The news may be particularly bad for LGV drivers. Reviewing the effects of the 2008 Great Recession, Driver Require noted that LGV driver employment numbers ‘dropped by almost twice as much as general employment and took 1.5 times longer to recover’, adding, ‘we are likely to see a 10% drop in demand for LGV drivers through 2021, gradually improving over the following three years.’

Much like the UK economy, some sectors of the logistics industry are showing ‘great resilience’, fuelled by the increased demand from online shopping. Others, however, are suffering—particularly logistics businesses with strong ties to the ailing service sector; ‘up to half of the nation’s remaining truck fleet has stood idle during the peak of the crisis’, according to Driver Require.

With pubs and restaurants at risk of renewed closures, the storm looks set to continue. Nevertheless, Driver Require strike a note of cautious optimism in concluding their analysis. ‘We expect a levelling of the playing field over the next couple of years, which will provide the survivors, i.e. those with more robust, value-adding business models with greater agility and better cash management, with exciting openings for growth and profit generation.’