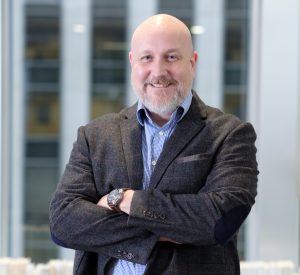 Hiring is an imperfect process and for many organisations remains flawed and problematic. One of the reasons for that is unconscious bias. Most companies and most individuals will say they are not biased in their approach to hiring, that they offer a fair and balanced approach to all candidates.

Yet we know that when it comes to jobseeker applications there is a bias toward brand names and even the schools listed on a CV. There’s a bias toward having specific degrees when that qualification might not be required for that role.

There are unconscious bias towards certain names and genders and whether or not they fit in with a certain image of who fits in a role within the company.

In organisations, senior leadership influences those issues, and in making sure hiring practices are fair. The challenge comes when these measures do not go quite far enough, when we do not address the root cause of bias and we are not able to expose our employees to their own unconscious bias.

We all know that with unemployment is at its lowest level since the 1970s, the search for the right jobseeker has become more difficult. Very often, we are looking in the right place but still not finding the people we need. Due to our own short-sightedness we can very often hire ‘good enough’ and not ‘great’ because our subconscious bias sends us down the wrong path.

We form these first impressions in under a tenth of a second and we do this instinctively with almost no relevant or supporting information. We perceive people based on first instance and not what we know.

There are ways around this. We should be cautious how we write job ads as they can lead to a male/female bias and the wording on career sites can do the same. Imagery can alienate people.

In the UK, we have seen employers discriminate on several factors. White sounding names have a tendency to resonate more with recruiters and when the BBC’s ‘Inside Out’ show submitted applications for 100 jobs from fictitious candidates – one called ‘Adam’ and the other ‘Mohammed’ – Adam gained 3-times more interview offers and was contacted by twice the number of recruiters compared to ‘Mohammed”.

The National Centre for Social Research ran a similar test on nearly 1,000 roles in the UK with 3 different names; ‘Naiza Mahmood’, ‘Mariam Namegembe’ and ‘Alison Taylor. The shocking result was that the white sounding name was 74% more likely to receive a positive response.

We do not just discriminate on race or sex. When we interview people we tend to make very quick judgements, research has shown that predicting the outcome of a job interview can very accurately be done simply by watching the first 15 seconds of people’s interaction. A ‘hello’ and a handshake are all observers need to assess whether people are offered jobs or not.

Recruiters tend to identify with those who are like them. Those who look the same, have a similar work experience, went to the same university or school. 25% of managers Indeed surveyed who self-identified as graduating from a ‘top university’ said they preferred candidates from similar schools. One said: “Knowing that the person has a similar background to mine, did similar training, and similar schooling, that’s always a plus.”

Is this always a bad thing? Well, our bias forms a part of our social anchor and an anchor does stop us drifting into dangerous or uncharted territory, but it also keeps us rigidly in place and used incorrectly it will quickly sink us.

The important thing is to view this as an opportunity to address issues you may already know exist and to challenge your managers and your recruiters to think outside the box. When the recruitment market is as tight as it is currently organisations cannot afford to ignore talent. Removing bias from your process will provide more candidates who might have been overlooked before.